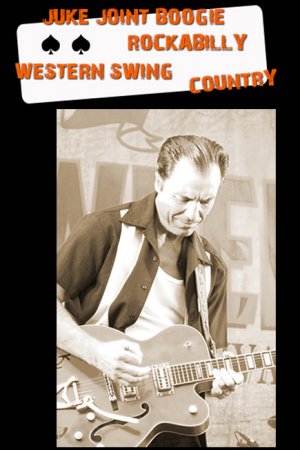 Eddy Ray Cooper is a French Riviera-based singer/songwriter & performer, with influences rooted in country, rockabilly and blues music. From 1996 to his latest Cd ‘Behind Johnny Cash’ out in 2015, he has written more than 50 songs in english & french languages and released 8 rockabilly/country Cd.
Over the last 20 years he has performed in many exciting venues across Europe & Quebec, including festivals, private party, as well as many bars and pubs.
Eddy R. Cooper’s main influences are Johnny Cash, Carl Perkins, Wayne Hancock, Brian Setzer...
He had the privilege to share the stage or line up with some greatest legends like Charly mac Coy, Dj Fontana, Roy Robi, Joey Welz , Gene Summers, The Twangbangers, Joe Ely, Bobby Solo …
His life is filled with dirt roads, small towns, little thrills, tiny moments and intimate connections, always delivering shows of high energy and emotional moments.
His show is crafted to be performed either solo-acoustically or with a full band.